6 Things You Need to Consider about Actionable Feedback

DeNisi and Kluger’s famous research on feedback effectiveness concludes that in one-third of cases, feedback has a negative effect on performance. Meyer, Kay, and French’s classic finding on managers were that there were 13 criticisms during an appraisal interview so no wonder there is a negative effect. “Although it is common knowledge that receiving critical feedback is unpleasant, the potential cognitive and emotional complications associated with receiving feedback transcend mere unpleasantness”.

How to give and receive feedback so that it can lead to positive change, that is the question, and here is what you need to consider when giving/receiving actionable feedback.

Nothing floats on air; everything has a background. Everything happens in a context. This is especially true for feedback. When deciding how to give feedback, you should remember the importance of the feedback context. “Feedback context” refers to the conditions under which feedback is delivered and includes factors such as the relationship quality between employees and managers, team cohesiveness, and organizational culture.

The appraisal process including the feedback meeting occurs within the context of an ongoing relationship between the rater and ratee. You are not meeting for the first time, the quality of the feedback and ratee reactions will be shaped by how much truth exists in the relationship. As Truxillo, Bauer, and Erdogan put it “You might think that if the feedback being given is true, objective, and well-intentioned, it should not matter who is delivering the feedback. Yet, the identity of the deliverer makes a big difference. If the ratee does not trust the rater, the ratee will be skeptical about the feedback received, and the feedback is less likely to motivate the employee to change behavior. So, once again it’s important “who” says “what” and this brings us to the organizational culture.

The quality of the feedback environment affects the result of the feedback. Levy and Williams say if the organizational culture emphasizes continuous improvement of performance, frequently giving and receiving feedback, and the behavior changes based on feedback, then reactions to feedback will be more positive, and such feedback will have greater chances of improving performance. In such organizations upper management is likely to be a role model for lower-level managers but how do they do that? They seek feedback publicly and make changes based on the feedback! Dahling and O’Malley state that “many of the communication barriers that derail formal performance management interventions can be overcome in workplace contexts in which supervisors have created an environment that is consistently supportive of constructive feedback exchanges”.

2-Prepare for the meeting

It is important to realize that the performance appraisal meeting is a critical event that can motivate or demotivate the employee so everybody can benefit from preparing for this event. The ratee can complete a self-appraisal form and the rater can complete an appraisal form. It is crucial for the rater to schedule a time and place for the meeting location where an “in-depth conversation can take place in privacy. Because this is an important meeting for the employee, raters may even benefit from practicing how to discuss the key elements of appraisal” say, Bauer, Erdogan, and Truxillo. When preparing for the feedback session, it is important to take into account the cognitive, social, and emotional factors that may affect the situation and make ourselves prepared for that too. That way, the feedback can be given with a more open and less ‘father / mother-childly” attitude, and defensive reactions can be managed”. One way to be prepared for the feedback givers is role play with third parties say Cannon and Witherspoon: “Third parties might ask themselves the following question:

“What would I be feeling if I received that feedback and why would it provoke that reaction?” Reporting their answers to this question could provide an additional valuable source of data for the feedback provider. Furthermore, in cases where troubled communication between the giver and receiver exists, third parties could also sit in on the feedback session and intervene as necessary.” 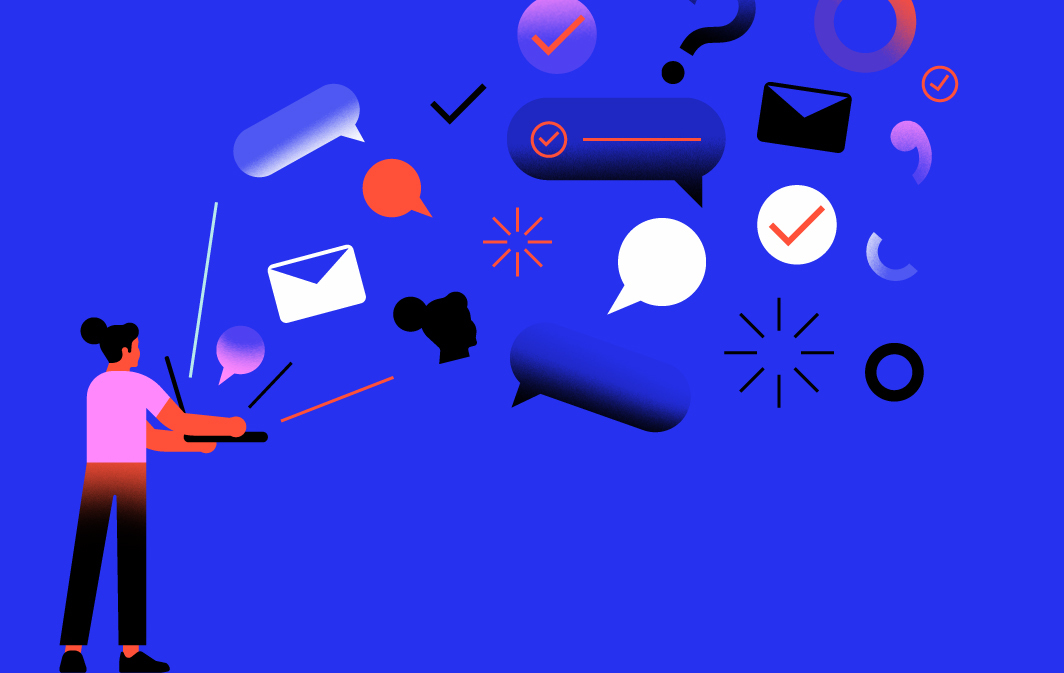 3-Focus on the task and task performance only

During the meeting, it’s important to focus only on the task and task performance, not on the person or any part of the person’s self-concept. “Employees’ attitudes toward the feedback process may depend not only on the feedback source but also on the extent to which the feedback is discrepant with the employee’s self-view. The feedback that confirms the recipient’s self-view is preferred and is seen as more informative.” “A lengthy history of psychological research demonstrates that people tend not to view themselves accurately, and they are not good at accurately perceiving how others are seeing them. Specifically, they see themselves more positively than others see them; thus, critical feedback is likely to appear inaccurate, and receivers are likely to disagree with it”. DeNisi and Kluger’s performance appraisal feedback concluded that feedback that highlights self / other comparisons focuses the recipient’s attention on himself rather than on the behaviors or the task performance evaluated. “When our attention is focused on the task level, we are concerned primarily about shrinking the gap between actual performance and performance goals. This is the intended outcome of most feedback interventions, and it should ultimately result in improved performance.”

During the meeting, limit your focus to two or three areas that are important instead of 10. “Illustrations or examples may be essential for enabling the recipients to make a concrete connection with what the feedback giver is talking about. Illustrations and examples make the feedback more understandable and may also help to clarify what the implications for action might be.” It is important to be specific when you are giving praise too. “For example, ‘you are very creative’ is less impactful praise compared to ‘The web pages you design are a great combination of function and appearance. Both clients and team members rate them highly’. In other words, effective feedback, even when positive, should be specific and behavioral.”By being specific, we also mean that the feedback should also include the behavioral changes that are expected, specific implications for action.

“There is a belief that early in the interview the appraiser should emphasize the positive aspects, then move on to the negative aspects, finally terminating the dialogue with more positive comments.” This is known as the sandwich method. Remember to always keep it an “adult to adult” conversation rather than “a parent to child” one and especially try not to hide the areas of improvement inside the praise. “It is important to ensure that strengths of the employee are given plenty of specific praise, areas for improvement are discussed fully, and a specific action plan, consisting of specific and concrete goals set for the employee is developed.” Also keep in mind that “because people think that their perceptions of others are obviously correct, they often do not feel the need to explain or illustrate how they arrived at their negative conclusions.”  Try to incorporate these elements in the course of your discussion. 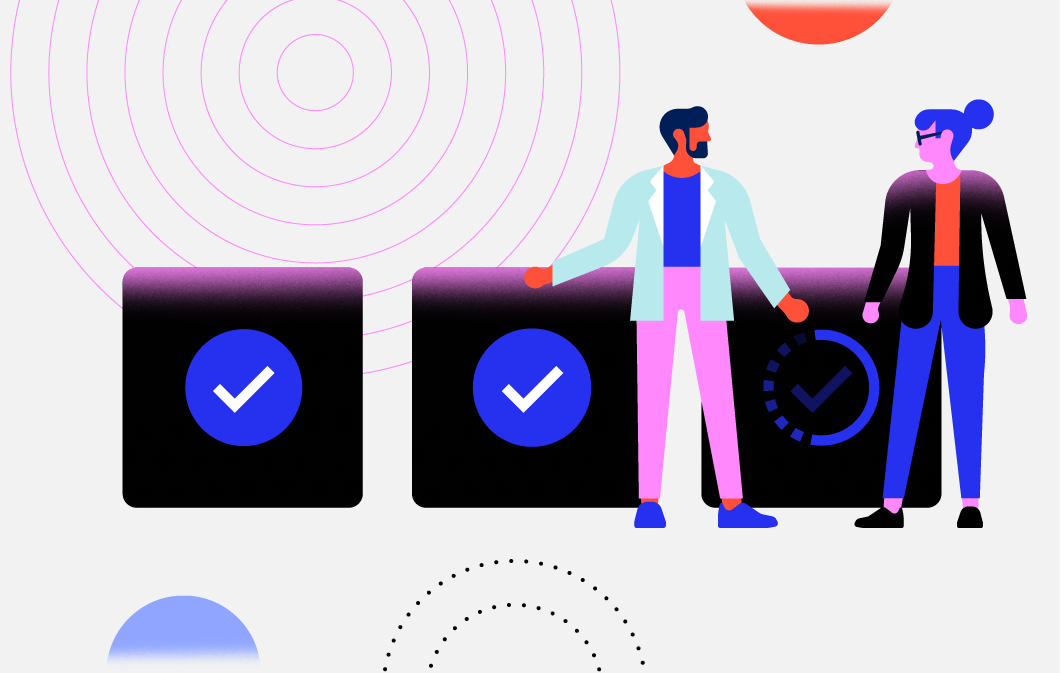 6- Include an action plan

DeNisi and Kluger say it is important to include a formal goal-setting plan along with the feedback. Why? Because unless there is a specific action plan with follow-up, the usefulness of the feedback will be very limited. Remember, “the purpose of feedback is to share information that will help him / her plan the future”. For every critical feedback, a course of action should be taught of, that is what will make the feedback “constructive” and “actionable”. How can you do it? Well, “at the end of the feedback session, you should have a bunch of action items- a list of specific changes you want to implement in your behavior… Whatever they are, they should be clear and practical and hopefully, they should lead to subsequent improvement” says Gopalaswarny Ramesh.

To conclude, let’s quote Cannon and Witherspoon “Critical feedback delivery often turns out to be more painful and less useful than it should be. This is because cognitive and emotional dynamics lead feedback givers to produce poor quality feedback and lead them to have difficulty seeing the weaknesses of their feedback. At the same time, the cognitive and emotional reactions experienced by receivers can provoke extreme negative reactions even to accurate feedback. Through understanding these dynamics, enlisting third parties, and self-questioning, managers can deliver more actionable feedback that produces greater learning, less defensiveness, and more appropriate action.”

If you want to learn more about employee development, check our other blog posts.

About the Author: Andrea Pejoska